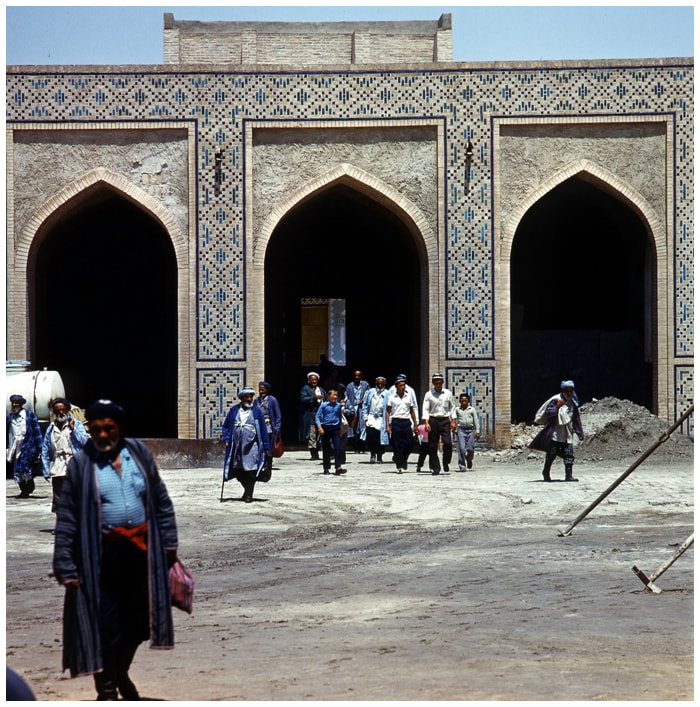 Day 1: Tashkent
Upon arrival we will have outstanding city tour in Uzbekistan in the city of Tashkent. We will visit Independence square. It is founded as a figure of victory over fascism in World War II. Then we will walk along the local Broadway as well as see the famous Tashkent metro, amid the most attractive underpasses in the world. First line was opened in 1977. The tour will be continued visiting old part of the city as Chorsu Bazaar, Kukaldash Madrasah and Hast Imam complex containing several madrasahs, mosques and mausoleum. Afterwards visit the Othman Quran which is the world's oldest Quran copy of the 8th century. Quran went to Othman Ibn Affan, the Third Caliph but killed by non-muslims in 8th century. Night is in a hotel.

Day 2: Tashkent - Samarkand
In the morning you will be transferred to Samarkand. Samarkand is placed in the valley of the river Zerafshan. It is the second largest city of Uzbekistan. Today is a city tour and travelers will visit Registan square, Shakhi Zindeh, Mausoleum Guri Emir and Bibi Khanum Mosque. Registan Square, a compound of three enthralling Madrasahs of the 15-17th. Shakhi Zindeh signifies a large assortment of mausoleums of the 11th-15 centuries. It is included to the UNESCO World Heritage Site. Bibi Khanum Mosque is dedicated to the favorite Tamerlane's wife, after his fruitful trip in India. Overnight is in a hotel.

Day 3: Samarkand - Tashkent
The tour will be continued exploring Samarkand city. We will visit Ulughbek observatory, built in 15th century by Ulughbek as one of the most well-known Samarkand monarchs and researchers. Ulughbek produced in 1437 the "Zidji Guragoni" catalog, which had data about 1018 spiritual bodies. Regrettably, he was slayed by order of his own son. Then we will walk lengthways the local Broadway enclosed by souvenir shops, teahouses, sweets and workshops. Then you can visit national bazaar Siab, oriental bazaar, where you can find Uzbek traditional handmade products and local sweets. In the afternoon is transfer to Tashkent. Night is in a hotel.

Day 4: Tashkent - Chimgan Mountains - Tashkent
In the morning you will transfer to Chimgan Mountains. On arrival you will have a chair lift to reach the top to see Beldersay peak 30 min one-way. On the way back you will stop over at Charvak lakeside beach for free time and own water activities (as per season). Charvak is an artificial lake, a widespread resort in Tashkent region and thousands of travel lovers from all over Uzbekistan and adjacent countries visit the reservoir. In the end of the day is arrival to Tashkent. Overnight is in a hotel.

Service does not include:
- Visa
- Full board
- Train tickets
- Travel insurance
- English speaking guide
- Entrances to all museums