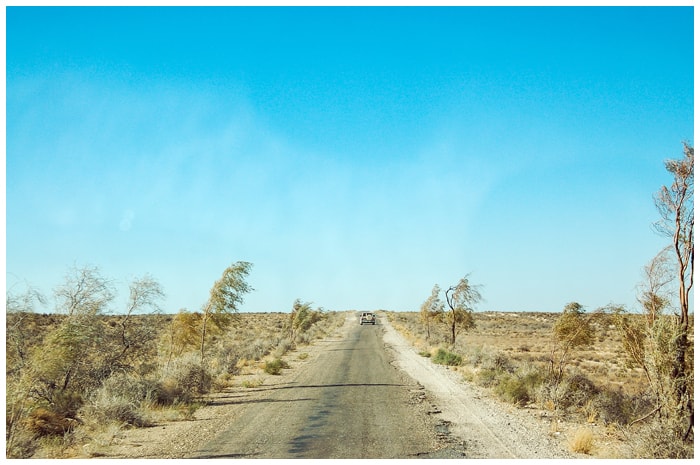 Day 1: Ashgabat
We will meet you at the airport and transfer you to the city. Travelers will visit parks and monuments, extraordinary mosque and so on. The tour will be continued to "Old Nisa", the Sanctuary of Parthian Kings (UNESCO site) and continue with "Gypjak" Mosque and Mausoleum of the late President of Turkmenistan. Night is in a hotel.

Day 2: Ashgabat - Awaza
In the morning you will travel to the domestic airport to take a flight to the Turkmenbashy province. On arrival to the Turkmenbashy domestic airport you will drive to the Awaza. It is a pleasing seaside resort on the eastern coast of the Caspian Sea located in Awazian district, Balkan province 12 kilometers away from city Turkmenbashi (ex Krasnovodsk). Awaza is translated as "the shore of the singing waves". It has 30 kilometers of mineral clear sand coast, excessive sun, and warm sea in summer and curative air. Overnight is in a hotel.

Day 3: Awaza - Ashgabat
In the morning we will have a flight to the Ashgabat city. In the afternoon you will visit ancient Nisa. It is the capital city of ancient Parthian state which occurred between 1,000 B.C. and 1,000 A D. Then we will drive to Russian market. The Russian Bazaar or Gulistan is one of the largest and oldest covered markets in the Turkmenistan. It is situated in the center of the city. The "Russian Bazaar" was built in the period of 1972-1982 by the design of the Russian architect Vladimir Visotin among other buildings that were comprised in the "Ashgabat Reconstruction Program of 1970-1980." The building was completed in the Soviet Modernism style and bedecked by the Turkmen sculptor Klych Yarmamedov who revered the building with a superb abstract sculpture placed in one of the building's corners. In 2001 it was rebuilt by the Turkish company Ekol, with rationalized outlets, shops and food stalls. The complex was enclosed with white marble. Night is in a hotel.

Day 4: Flight
In the morning is transfer to the airport.