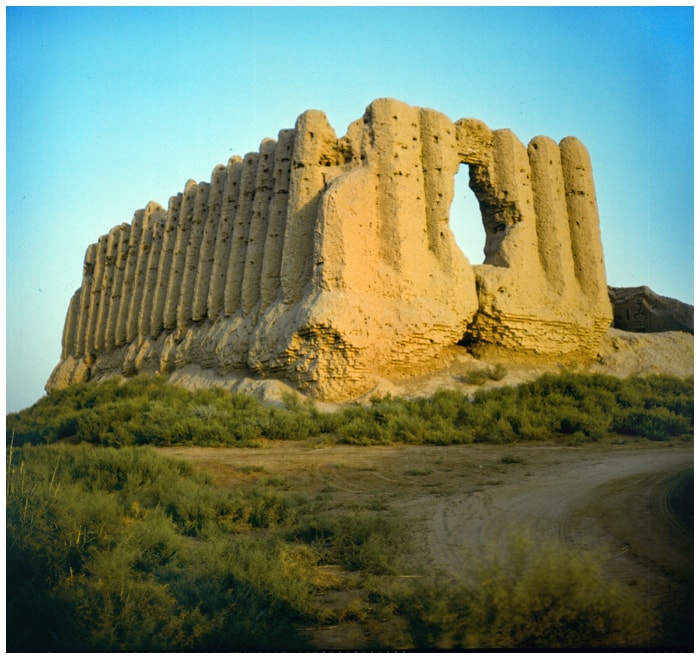 Day 1: Ashgabat
When you arrive at International airport, the local guide and driver will meet you and then transfer to a hotel. In the afternoon we will drive to "Nisa" (UNESCO World Heritage since 2007). Open something new by finding the remains of one of the most imperative cities and the capital of the Parthian Empire, a main power between the III millennium BC - III millennium AD. Then we will visit a mosque and mausoleum of the late President of Turkmenistan in Gypjak. Night is in a hotel.

Day 2: Ashgabat - Mary - Merv
The tour will start by travelling to the National Museum of History. In the afternoon we will drive to Mary city. Being there we will have stop at Annau, the remains of the 15th century Seyit Jamal ad Din Mosque. Abiward or Abi ward, was an ancient Sassanid city in modern-day Turkmenistan. Archaeological diggings at the ancient city of Abiward have been made in the last century to about 8 km west of the Kahka station in an area of 12,000 m2. The central tall is 60 feet high and 700 feet round. The tour will be continued to Mary city. Overnight is in a hotel.

Day 3: Farap
Today we will travel to Ancient Merv (UNESCO World Heritage Site). It is one of the archaeological sites of Central Asia, Merv participated an imperative part in the growth of the Silk Road for more than 2 000 years. The impressive XII century. mausoleums of Sultan Sanjar and Muhammed ibn Zeyd validate exquisite Seljuk period brickwork and architectural décor. Then we will travel to Turkmenabat city, then to the Turkmen and Uzbek border Farap and Alat (Uzbekistan).